The outcome of music is bringing people together.

Back to Artist Categories 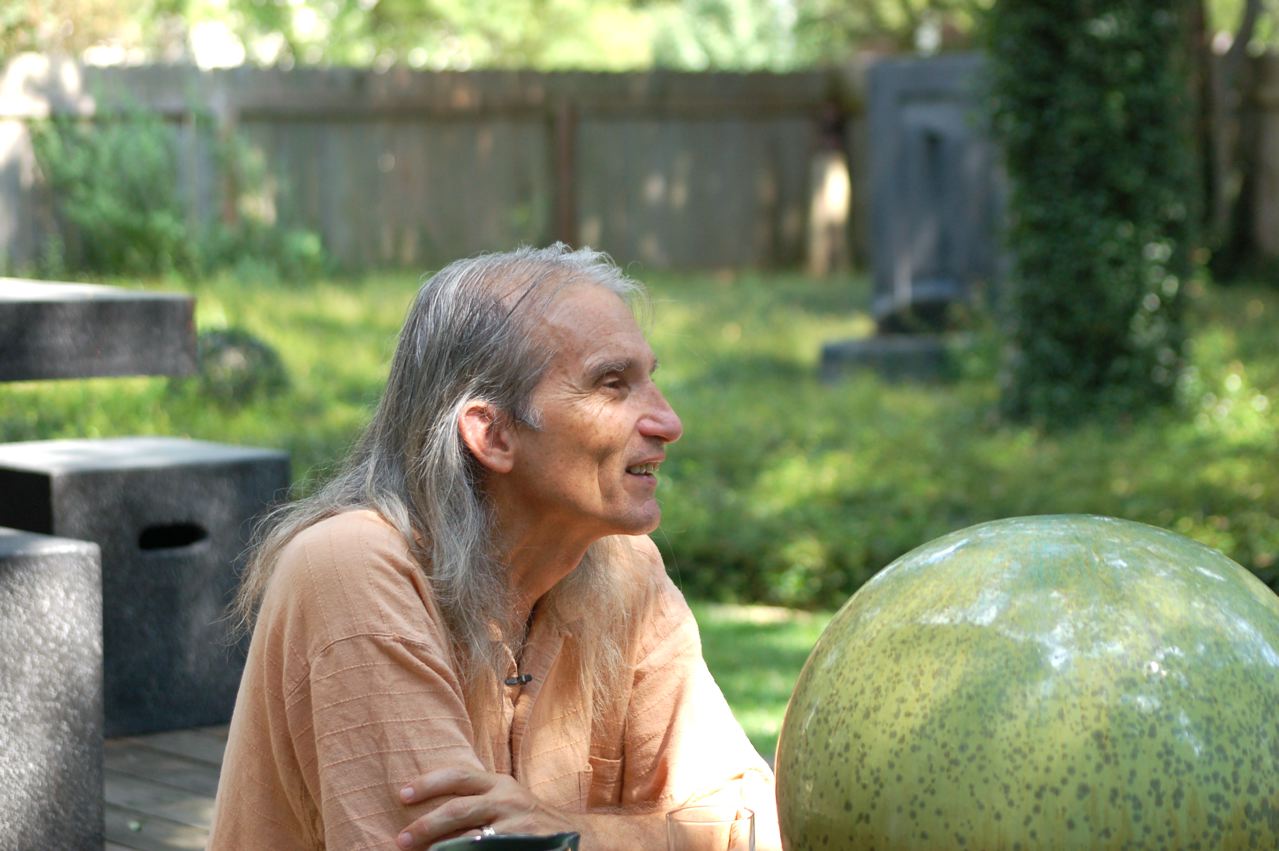 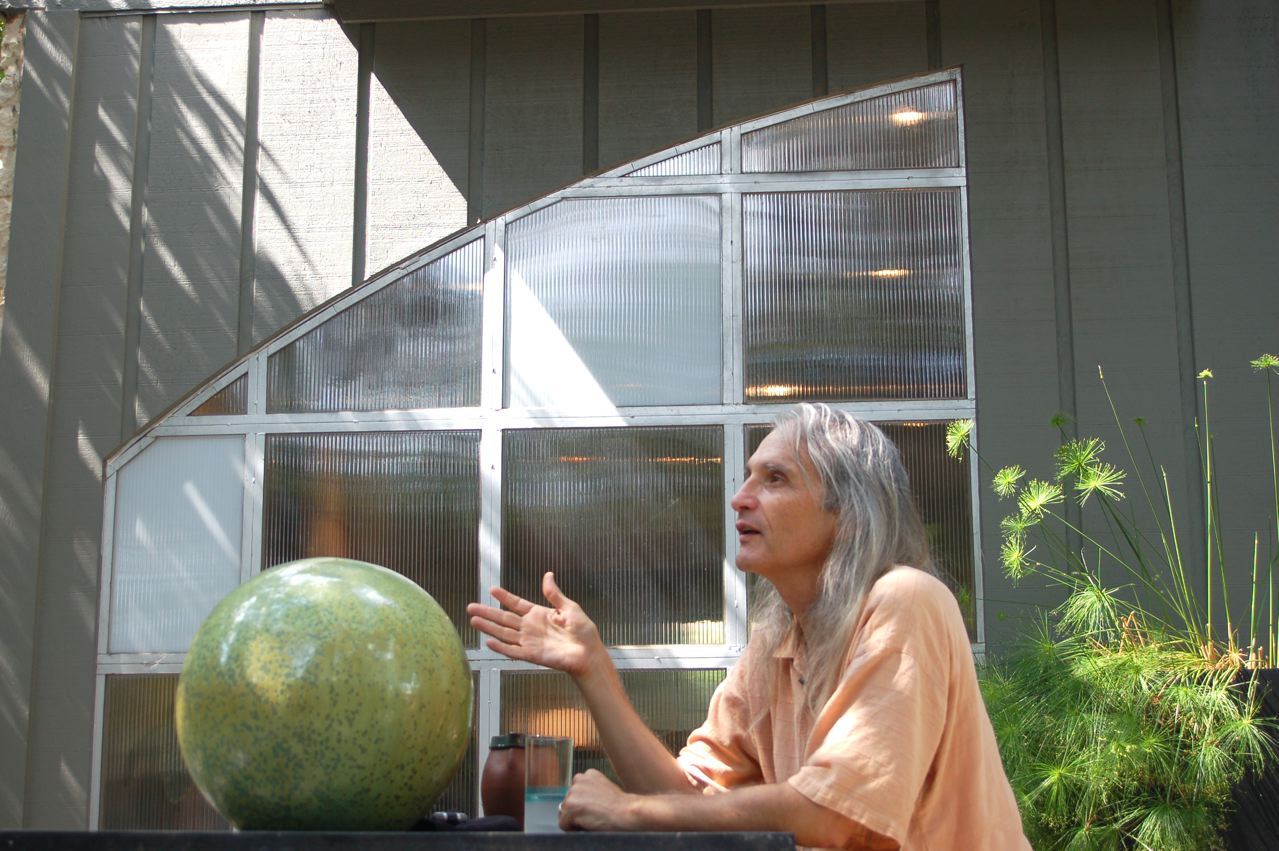 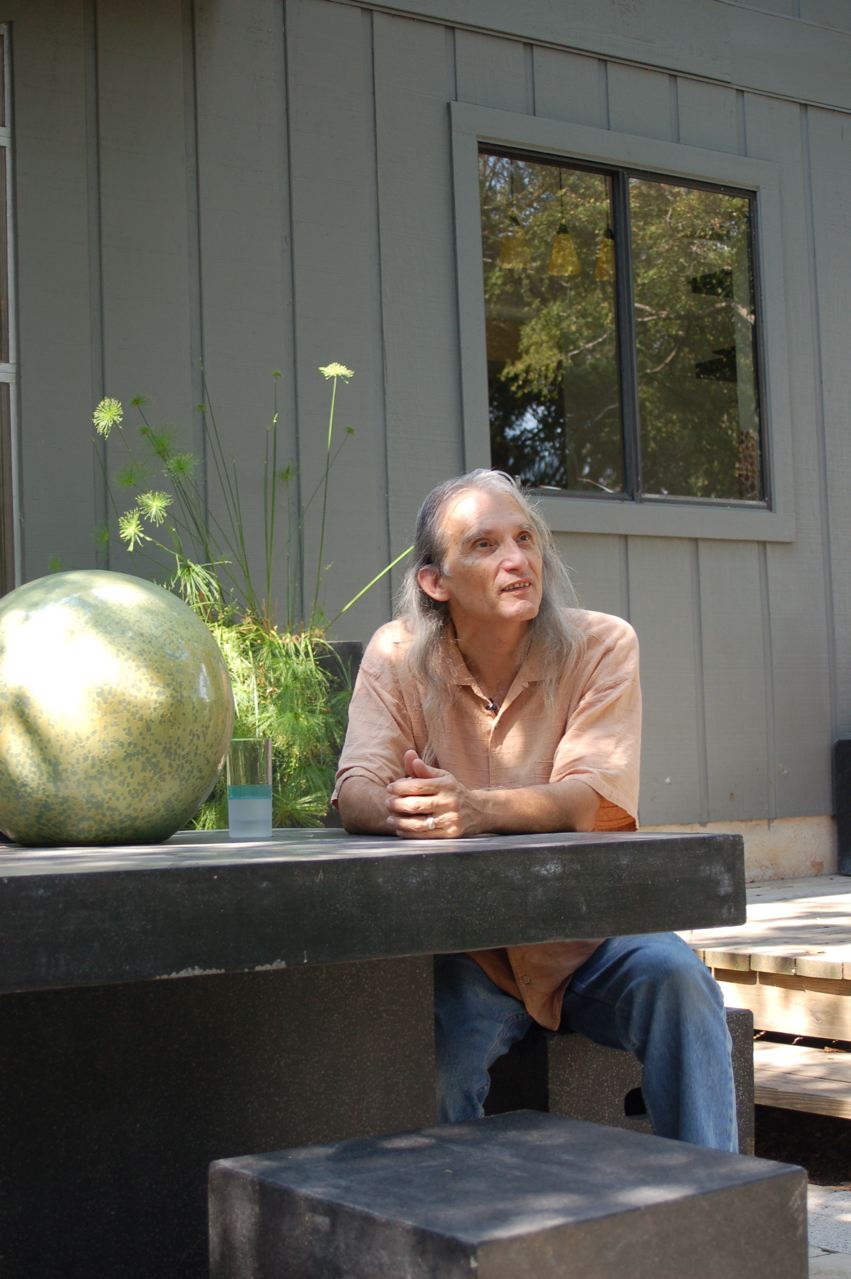 Primary Use of Medium: Folk Singer/Storyteller

What Type Of Artist Do You See Yourself As?
"I perceive myself as a communicator. I believe that communication is the purpose of my art. I think it's actually the purpose of all art, and connection between people."

How Did You Get Here?
"I loved music from birth as far as I can remember."

About 15 years ago, Jimmie Dale did a radio segment with Terry Gross for NPR, and eventually became connected with the Omega Institute where he teaches a class each year. That first year, he didn't expect to be invited to teach, but he accepted the invitation, and experienced anxiety and reluctance when the time of year came that he anticipated teaching the class. His fears were unfounded though, because teaching has become a source of inspiration for his art, and it's now one of his favorite events, one that he acknowledges it as one of the most important parts of his musical career. "It came to the point where I started learning things about my own musical process and my own relationship with the music from doing the class, that then, as it became conscious, it affected the process. He has up to 24 students each year, and he has "the great, good fortune to have access to their creativity and varied perspectives on art and life and everything."

Where Does Your Inspiration Come From?
"Through a process of evolution and because of making serious mistakes through my life, and then hopefully learning something from the outcome of that, I came to a point of view where the positive side of things became my inspiration."

How Would You Describe Your Work?
"My music is basically, it's simple really, in form."

Jimmie Dale has had no formal training in making music. He acknowledges that some people get overwhelmed with the details of technique and the importance of content lessens, while others seem to not be concerned enough about their techniques and their mediums. His father played the electric guitar, and Jimmie Dale made a choice early in his life to only learn acoustic guitar. He regards this as a "mistaken choice" because much of his favorite music recordings were of electric guitars. "I do love the acoustic guitar... because you can, with an acoustic guitar and a voice, basically do a complete musical presentation. A guitar and a voice can be almost like an orchestra." He likes to experiment with music on the computer, but, he says, "I would never produce anything with computer music that I would ever show to anybody else because I'm not adept at it; I just have a lot of fun with it."

Why Do You Like The Medium?
"We, as Americans, get exposed to the richest musical culture [of] anybody in history." Jimmie Dale believes that most of American popular music genres, including rock and roll, country, and blues, are all based on folk music, which he defines as "homemade, untrained, sort of spontaneous music." He classifies his medium as country music, but qualifies it by adding that his tastes are not limited to that: "My taste goes very far afield into all kinds of music."

What Brings Your Medium To Life?
"Something happens when everybody's together and when the beat's right and something about the feeling ... that's kind of ... inexplicable."

Does The Material Dictate The Design, Or Does Your Design Idea Dictate How The Material/Medium Is Used?
"Musically, the styles that I can play on the guitar well, the styles that I have a command of, are limited. There's a limited number of things that I'm really on top of, really adept at, and so I try to stay within the range of what I can do well."

Jimmie Dale recounts that a critic once said that BB King played only three notes. The counterargument was that maybe he only wanted to play those three notes, and he played them so much better than other people who could play an unlimited number of notes. He could produce such superior work within that range. Jimmie Dale recognizes the interplay between doing what you do well, but trying not to be confined by that.

What Tools Are Required In Your Process?
"For what I do, basically a guitar, an acoustic guitar with good strings. The better the guitar, the better."

Having a really good instrument makes for much better results. Jimmie Dale acknowledges a few qualities of inferior guitars: "They're hard to play. The intonation isn't great. The sound isn't great. And when you get ahold of one that does have those things, it opens up worlds; it opens up sound." He notes that the common phrase is "to play music," and the playing part gets lost for many artists; they lose they enjoyment they had from music when they were young. "Playing with sounds is a really important thing. It's a source of mind-opening, and going in different directions. It's a source of inspiration."

Do You Consider It Functional Art?
"Because it's known to be a method of bringing energy of large numbers of people together, it's extremely functional in that respect."

Please Speak About The Connections In Your Work.
"The outcome of music is bringing people together."

Please Summarize Your Entire Process.
Depending on the parameters of his project, Jimmie Dale's process changes. When he's commissioned to create a song for a movie, for example, his process is ar more structured, and he compares it to having a 9-to-5 job. "Most of my productivity hasn't been like that." Jimmie Dale has thought of most of the ideas for his songs while driving. Also, he has several different places in his home in which he can set up the computer and speakers, but "it usually comes down to the guitar and a yellow legal pad and a Bic pen."

Do You Recommend What You Do As A Career Choice? Why?
"For somebody with the right temperament, I think so."

Colonel Tom Parker, Elvis' manager, whom Jimmie Dale knew well, said that to be a success in the music business, you have to have three things: talent, luck, and hard work. Success cannot happen without all three. A fluke can carry someone's career for only a short time; hard work sustains it. Because people can't control luck, a musician's responsibility is to develop and nurture his or her talent.

What Tips Might You Have For Someone New To The Medium? How Best To Develop Their Interest?
"Hang out as much as possible with musicians and if possible, with good musicians, with like-minded people."

Jimmie Dale recommends learning from those more knowledgeable: "Trying to learn it all on your own, that was a mistake that I made. I thought I could and should just do it by myself." He had an image of Folk musicians learning it on their own, "on the back porch," so that was the approach he took. He credits much of his success with luck and being around extremely talented people, spending evenings playing guitar and seeing bands play.

Please Point Out Any "Green" Aspects Of Your Process And Your Medium.
Jimmie Dale has always been aware of the relationship between humans and the earth. He comments on the "the inter-relatedness of life, the inter-dependence of life, of all life, is so deeply, so integrally a part of my way of perceiving the way things work now, that I see actually all of this other stuff we've been talking about is really a subset of that. That's the most important thing." He sees this interconnection as the "place where science and spirituality come together." Someone asking him how important this relationship is to his music is like someone asking him how important oxygen is to living; it's integral enough to be unimaginable without it.

Please Talk About Making Multiples Of A Creative Effort As A Part Of Your Business.
"I'm in kind of a unique situation in that I have a career behind me and a certain reputation and a setup with the record company where I'm not on any kind of pressure or anything. For me, it's only when I'm ready, when I have the material, when I have enough going, when I want to do it. For people cultivating a career, it's different. There's lots of pressures."

"There's no such thing as making a living writing songs for individual events." Jimmie Dale concedes that some performers can succeed solely with live performances, but it's very rare. Because of the expenses involved in touring with a band, almost every musician must have some mass-market initiative. Due to his agreement with his record label, he has flexibility to create his work on his own and present it for recording when he believes it's finished. Other artists must conform to deadlines with labels; many receive large advances from the record labels and must pay it back by selling records and earning profits for the label.

Where Do You See Your Creativity Evolving?
Jimmie Dale has never mapped out his creativity so it followed a trajectory. He sees his classes and the people he meets as a garden, "a volunteer garden that popped up, and I'm... watching these seeds ... sprout, and I love that; I really love that." The unexpected results of the classes that he teach influence the direction in which his creativity changes.

"If you have a love for any art form, I think it's a very good idea to cultivate in yourself the love for itself rather than focusing too much on whether it's gonna make you rich or that there are certain so-called non-practical, impractical aspects to art. Certain impractical aspects to art that are actually where the beauty of it resides. And I think in our culture, I think lots and lots and lots of potentially great art is stifled by the attitude that there's something not practical about it."

Thank you for utilizing TIPS On Art Learning Segments On The Web to further your understanding of the process of artists and art forms. Please take a few minutes to fill out our website survey. Through your feedback, and by making special requests of us for future segments, we will know how TIPS On Art has impacted your situation.